We are always on call to remove the burden of O&M Manuals and other project completion requirements.
Our experienced team of Client Coordinators, Engineers and Technical Writers facilitate an easy, high quality outsourcing service.

“It stands by itself as one of the indisputable masterpieces of human creativity, not only in the 20th century, but in the history of humankind.” Expert evaluation report to the UNESCO World Heritage Committee, 2007…. Read more

Coca-Cola is an established soft drink brand that has operated in Australia since the early 1900s.  Originally manufactured solely in Sydney, the company was able to expand after World War II to begin bottling in… Read more 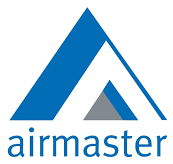 Dewick & Associates have always been very responsive and professional whenever we have needed to use their highly valued services.

Their knowledge of Defence requirements is exceptional when supporting us in meeting our documentation obligations. It’s a privilege to work with such a committed and quality organisation that delivers first time every time.

United have recently engaged Dewick to perform the works for several operation and maintenance manuals for our defence and government projects.

The manuals have been completed to an exceptional standard in a very quick and reasonable time frame. United are very happy with the professional standard supplied by Dewick and will continue to use this service into the future.

United understand that Dewick also provide HOTO documentation and will now be engaging with Dewick to manage this process on our future projects. We have strongly recommended Dewick to several other building partners.

Great team to deal with. Willing to go above and beyond to help out on our manuals when a quick turn around time is required. Very professional team. 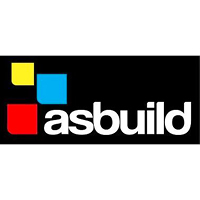 "Dewick have been very helpful to our company on numerous projects, I've always found the handover documentation at the end of a project onerous and time consuming and believe my time is more valuable focusing on the next project, I can recommend Dewick, they are prompt, professional and cost effective in my opinion."

"I’ve got to be honest, I’m very happy because I haven’t had to worry about it – it’s a service I will definitely look to use again and I’ll give your contact to the other PMs if they are looking to get the manuals done."

We’ve been utilising Dewick & Associates O&M Manual services for several years now; its due to their technical abilities and attention to detail in our sector, that we keep coming back to them.

Time is often of the essence for us; which is why we like to work with Fiona Thaiyah at Dewick, as she makes the full process of compiling the O&M Manual very fluid throughout, mainly due to Fiona’s communication skills and quick responses to our correspondence, which is always second to none. We hope to work with Dewick and Fiona for many years to come.